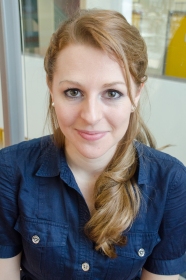 Jen completed her undergraduate degree in Psychology at the University of Bath in 2007. She then completed a Wellcome Trust-funded PhD in Neuroscience at University College London (2007-2011). This programme included a 3-year project, in Professor Sarah-Jayne Blakemore’s lab, investigating “Action observation and imitation in typical individuals and adults with Autism Spectrum Conditions”. Following this Jennifer  joined Professor Barbara Sahakian’s group at the Department of Psychiatry, University of Cambridge (2011-2012). In Cambridge she researched novel methods of cognitive training and was also a Research Fellow of Magdalene College. Subsequently Jen moved to the Donder’s Institute in The Netherlands where she began to study social learning with Professor Roshan Cools. In 2014 Jennifer took up a lectureship at City University London where she continued to study social learning and began to extend these studies into the field of autism research. Jen has been a Birmingham Fellow at the University of Birmingham since September 2015 and is also Associate Editor of Psychology and Cognitive Neuroscience for Royal Society Open Science (https://royalsocietypublishing.org/journal/rsos)

Alicia graduated from Trinity College Dublin with an undergraduate degree in Neuroscience. She has since worked as a research assistant in a number of roles in the general field of cognitive neuroscience. She assisted in trialling a balance and movement intervention for older adults (VERVE project) in Trinity College Dublin, before investigating consumer decision-making with the Price Lab, ESRI, Dublin. Recently, she acted as a research assistant on a novel project aiming to develop a tablet-based movement intervention for children with ASD.

Bianca completed her MSc in psychology with a specialisation in Theory of Mind and
Neuroscience at the University of Salzburg, Austria. She has since worked as a behavioural therapist with children on the autism spectrum and as a research assistant supporting a project on early biomarkers for ASD and ADHD at the Institute for Psychiatry, Psychology and Neuroscience, King’s College London. Her PhD project is funded by the European Research Council and focuses on how a person’s ability to understand others is informed by their own movements and what role the neurotransmitter dopamine plays in this relationship. In the Cook Lab she will investigate this using neuromodulation and behavioural interventions in healthy volunteers and clinical populations such as people with ASD. 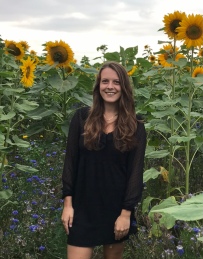 Lydia graduated from her undergraduate degree in Experimental Psychology at the University of Oxford in 2018. During her time at Oxford, she assisted with research in the Brain and Behaviour Research Group, Language and Cognitive Development Research Group, and Child and Adolescent Psychiatry. Lydia joined the Cook Lab in 2018 as an MSc by Research student focusing on the relationships between different measures of interoceptive ability. She is now completing a PhD supported by the Midlands Integrative Biosciences Training Partnership (MIBTP), a BBSRC-funded doctoral training programme. Her PhD aims to explore the fundamental biological mechanisms underlying motor function and social cognition, in addition to the roles of interoception and alexithymia within these processes.

Connor completed his undergraduate degree in Psychology at the University of Birmingham in 2019. Whilst completing his degree, Connor worked as a Research Assistant in the Cook Lab and assisted with our research investigating facial movement kinematics. Connor is now completing a PhD supported by the Medical Research Council (MRC) doctoral development programme. His PhD aims to explore the causes and consequences of deficits in social cognition within clinical populations with reference to motor function and interoception.

Given his experience volunteering with individuals with Autism Spectrum Disorder (ASD), Connor has a great interest in the relationship between movement and social ability in those with ASD.

Molly completed her MSci in Pharmacology at the University of Manchester in 2020. Her Master’s degree involved researching the effects of exercise on rat models of schizophrenia, with a focus on the cognitive deficits that occur in schizophrenia. She has an interest in studying cognitive symptoms in both neurodegenerative diseases and psychiatric disorders. Molly is now completing a PhD supported by the Midlands Integrative Biosciences Training Partnership (MIBTP), a BBSRC-funded doctoral training programme. Her PhD aims to develop a mechanistic understanding of the role that dopamine plays in social cognition. These results will have important implications for individuals with Parkinson’s Disease.

Dagmar Fraser is an Electronic Engineer with a MSc(Res) in Neural Networks and Machine Learning. Fraser held a position in industry developing neural network image classifiers before returning to academia. He has made a career out the capture and analysis of personal/interpersonal kinematic data and has been involved in mobile/wearable development since developing his first application for the iOS platform in 2011. Fraser’s current work focuses on identifying mood states from kinematic data and developing the Brain2Bee app which assesses socio-emotional processing from kinematic signatures.

Sophie completed her Ph.D. under the supervision of Prof. Geoff Bird at the Institute of Psychiatry, Psychology & Neuroscience, King’s College London supported by a MRC studentship. Her research to date has concerned the neurocognitive basis of social behaviour, in particular how the ability to distinguish between the ‘self’ and ‘other(s)’, termed self-other control, may contribute to a range of social cognitive abilities. As a keen ballroom dancer, she has always been fascinated by the link between movement and cognition and therefore her current research focus is on understanding the relationship between motor and social behaviour and what this can reveal about individuals with Autism Spectrum Disorder and Parkinson’s disease. Sophie completed a 3 year postdoc in the Cook Lab and is now a Lecturer in the School of Psychology at the University of Birmingham.